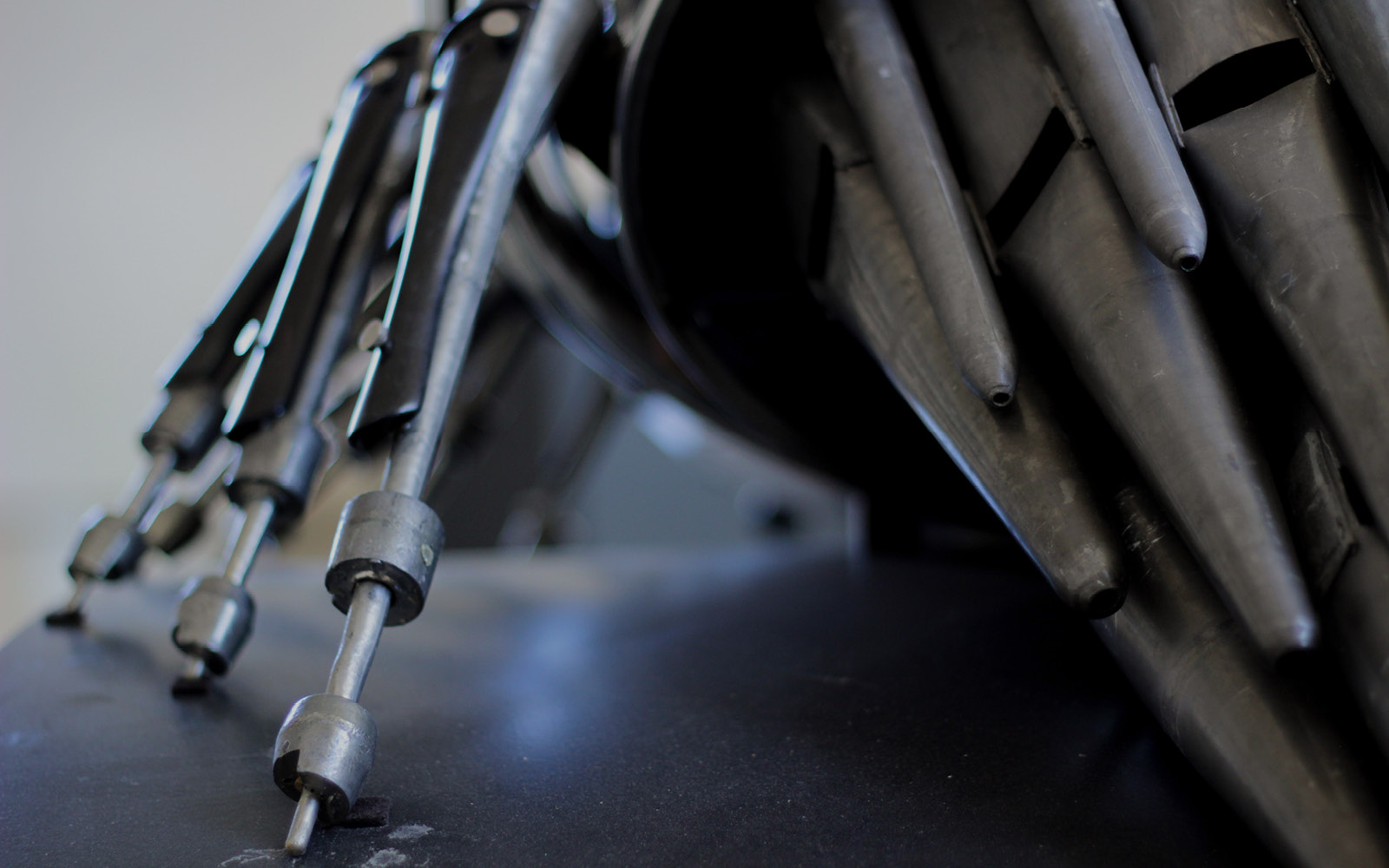 From the small size of insects, we are apt to undervalue their appearance. If we could imagine a male Chalcosoma, with its polished bronzed coat of mail, and its vast complex horns, magnified to the size of a horse, or even of a dog, it would be one of the most imposing animals in the world. Charles Darwin - 1871.

The Tout reste à faire collective brings musical instruments back to life by creating animated musical creatures using instruments or musical instrument components that have fallen out of use. The animated creatures are mainly inspired by arthropods. The instruments are not broken or destroyed. They are carefully dismantled and then put back together again. Depending on their anatomy and the assemblies created, the creations are then animated and made to move.

Their movements imitate the discretion of insects and take the form of micro-motions, vibrations, undulations, openings and closures. This metamorphosis gives instruments new musical life. Each creature has a musical composition orchestrated on the basis of the instruments used to make it. The insect world is also a world of sound, which is why each specimen has been given its own score. Its song is triggered by viewers coming into its space, which adds to the troubling strangeness of the encounter. The creatures huddled in the shadows generate subtle background noise, similar to the hum of the forest or jungle. By approaching each animal, you can distinguish the sound it contributes to this concert, and sometimes even its constituent instruments.

We start with two invisible elements – insects (hard to see because of their small size), and the hidden mechanical workings of musical instruments. When constructing our creatures, we strive to portray what is generally microscopic, or at least extremely small, and uncover the hidden side of musical instruments (their internal organs if you like), such as the inside of a harmonium, the hammers in a piano or the mechanical workings of the accordion, sometimes using rare or unusual instruments (e.g. the harpsichord or ukulele). This combination lets imaginations run wild as viewers try to identify what is represented.

What animal is it (an opportunity to acknowledge our entomological ignorance and learn more) ? What instruments do you see (instruments are better known, but it is still often a surprise to see their hidden components) ?

Arthropods alone represent 80% of living species and one in four animals is a beetle. Despite their huge numbers, they are mainly ignored, rejected and disparaged (with the exception of bees - Insectopedia by Hugh Raffles). They were here before us and will probably be here after we’ve gone. Observing and finding out more about them is also part of our project.